After the attempted pickpocketing, there was a long gap when the Freers were out of the limelight. The next reference found in Welsh Newspapers Online was from 28 March 1918, when the funeral of my great-grandmother, Clara Blacknell (née Freer) was reported, along with Arthur’s two months later.

Here they both are 9 years earlier with their mother Mary Ann and their sister Anna Maria.

Clara was only 48 when she died of cancer and it must have been a sad occasion with most of her children and siblings present. Interestingly, this is the first time we’ve come across her burial date. My grandfather, Ernest, was only 7 years old.

Harry, Clara’s eldest son, who did not attend the funeral, was in the Royal Navy and presumably unable to attend.

The article has a number of spelling errors, including Clara’s surname, the residence should be Dynhynlle Cottage (pictured above) and Mrs Allmand should be Mrs Almond.  Nevertheless, it is quite informative to see the married names of Clara’s sisters and confirms other research.

The same edition of the paper has this short notice. Pte E Blacknall is almost certainly Clara’s son, Frank, incorrectly attributed in the funeral notice.

Clara’s death was closely followed by that of her brother William Arthur Freer as reported in the same newspaper a few months later. Arthur never married and was a gamekeeper on the Wynnstay Estate having retired prior to 1911 following a stroke.

Again, we can deduce the date of burial (since we know he died on the Friday 17th) as 22 May 1918 though this needs further validation since the article is perhaps a week late. The nieces referred to were certainly Ethel & Gladys Blacknell (Frederick’s daughters) and probably Annie Amelia, Clara Teresa (George Freer’s daughters) along with Winifred, Constance & Catherine (Jack Freer’s daughters).

The paper continued the tradition of misspelling a few names and other inaccuracies: Allmand should read Almond, Cowper should read Cooper and Blackwell, of course, Blacknell. For the pedants amongst us, niece is not spelt neice! It seems likely Mrs. Blacknell brother-in-law is my grandfather Frederick. 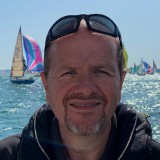